Maintaining a corporate site is a challenging adventure. Amongst multiple agendas, time, resource and capacity change is a difficult concept to instil.

During my last 2 years at NAB I have lead, organised resources and engaged/motivated a high delivering team. The key challenges I have taken from maintaining a site is: 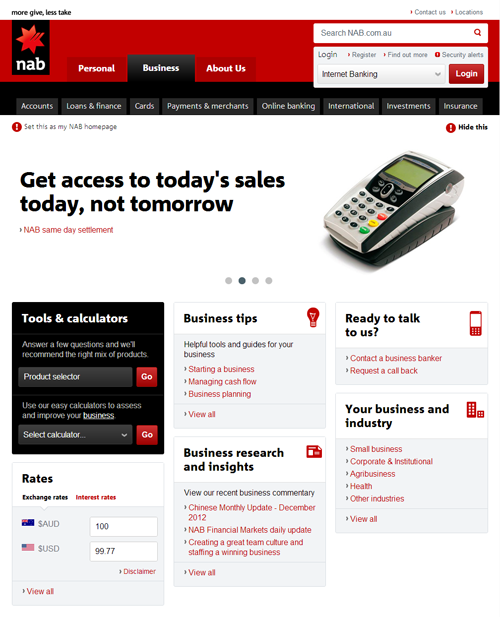 NAB, one of the top four banks in Australia. Based in Melbourne and features over 9000 pages, three different tempolate designs and plenty of third party applications ...

At BP I assisted in launching the Careers, Technology and Sustainability sections of the BP Global website from 2009 to 2010. In my time at BP I implemented: 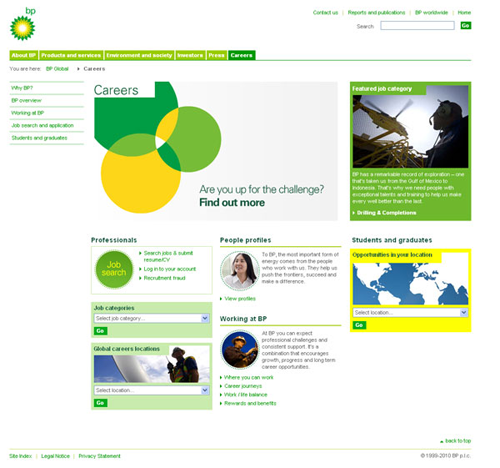 BP head office is based in London and is features content for its shareholders, governing bodies and industry standards ...